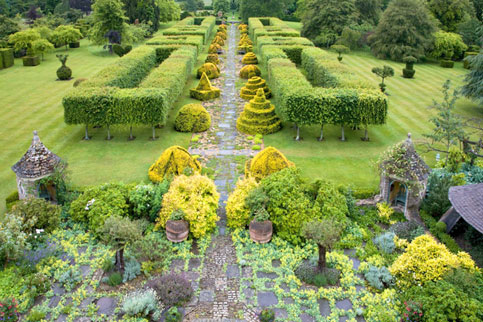 Conductor and harpsicordist William Christie is at the core of one of the most exciting musical adventures of the last 30 years: a renewed appreciation of Baroque music and the founding of the world-renowned vocal and instrumental ensemble Les Arts Florissants, in recognition of which he was named Commandeur de la Légion d’Honneur and elected to France’s Academy. At the same time, he has devoted 30 years to the restoration of an abandoned 16th-century building in Thiré, Vendée, where he has created a Baroque garden classified as “remarkable garden” in 2004 and since added to the Supplementary Inventory of Historical Monuments.

It is in this extraordinary setting that the festival of young voices from Mr. Christie’s Jardin des Voix and the Julliard School of Music, as well as Les Arts Florissants, will perform from August 24-31. ArtsArenaPLUS members will attend all of the concerts on August 31 and a VIP picnic dinner in the gardens. William Christie, who is a member of the Arts Arena’s Advisory Council, will meet privately with members of ArtsArenaPLUS on the final day of this exceptional festival.