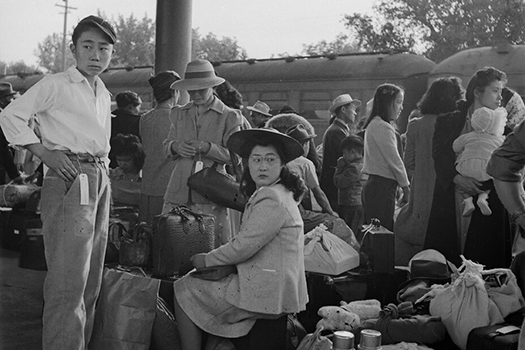 For the ninth time, the Arts Arena presents the UNAFF Traveling Film Festival in a specially curated selection of six films over two days.

Conceived in 1968 at Stanford University by film critic and educator Jasmina Bojic in conjunction with the 50th anniversary of the signing of the Universal Declaration of Human Rights, the United Nations Association Film Festival (UNAFF) screens documentaries by international filmmakers dealing with topics such as human rights, environmental themes, women’s issues, children, refugee protection, homelessness, racism, disease control, universal education, war and peace. By bringing together filmmakers, the academic community, and the general public, UNAFF offers a unique opportunity for creative exchange and education among groups and individuals often separated by geography, ethnicity, and economic constraints. Many of UNAFF’s selections have gone on to win Oscars and other major awards and accolades. For more details, please visit www.unaff.org.

Films will be screened during the afternoon and evening of Sunday, May 6 and the evening of Monday, May 7 in the presence of UNAFF founder and Executive Director Jasmina Bojic and a number of directors of the films.

Sing Your Song (105 min) USA
We know the legacy of Harry Belafonte, the singer and entertainer. This film unearths his major contribution to and his leadership in the civil rights movement in America and to social justice globally.

Children Deported: Farida (16 min) Afghanistan/Norway
“Children Deported” follows children who have been deported or wait for deportation after growing up in Norway. We visit the children in their new countries and give them a voice.

And Then They Came for Us (47 min) Japan/USA
Seventy-five years ago, Executive Order 9066 paved the way to the profound violation of constitutional rights that resulted in the forced incarceration of 120,000 Japanese Americans. Featuring George Takei and many others who were incarcerated, as well as newly rediscovered photographs of Dorothea Lange, the film brings history into the present, retelling this difficult story and following Japanese American activists as they speak out against the Muslim registry and travel ban. Knowing our history is the first step to ensuring we do not repeat it. This is a cautionary and inspiring tale for these dark times.

Brave Miss World (88 min) Israel/USA
In the presence of Cecilia Peck, the film’s producer and daughter of actor Gregory Peck
“I was 18 years old when I became Miss Israel in March of 1998, and was sent to represent my country in the Miss World Competition. A month and a half before the contest, while I was modeling in Italy, I was brutally raped by an Israeli travel agent, and in November of that year, the world saw me cry onstage in the Seychelles Islands when I was crowned Miss World”.

Meeting Snowden (49 min) Russia/USA
In Moscow in december 2016, Edward Snowden, Larry Lessig and Birgitta Jónsdóttir gather for the fist time in an hotel room. As the world is getting ready for Christmas, they discuss the only issue that matters, their common fight: How to save democracy ?

A Promise to the Dead (91 min) Argentina/Canada/Chile
The Exile Journey of Ariel Dorfman is an exploration of exile, memory, longing and democracy through the words and memories of the renowned Chilean playwright/author/activist.

The screenings will be followed by discussion and a coupe de champagne.

Photo: And Then They Came for Us, directors Abby Ginzberg and Ken Schneider. Courtesy of UNAFF.