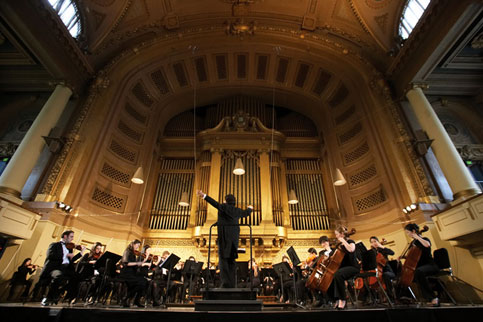 Celebrated conductor William Christie, founder of Les Arts Florissants and a Yale School of Music Graduate, will introduce (sous réserve) the inaugural event of the Arts Arena-Yale Music School partnership. One of the leading professional music schools in the world, Yale has educated generations of students of exceptional musical and academic talent as successful performers, composers and cultural leaders. It is the only music school in the Ivy League and engages fully with the university’s extraordinary intellectual and technological resources while collaborating with artistic centers throughout the world.

Award-winning artists Claudia Rosenthal and David Leigh will sing a two-part recital of songs and a series of operatic arias and duets. Accompanying them will be internationally celebrated soprano Doris Yarick-Cross, head of the Yale Opera Program. The recital will be held in the gilded rooms of the historic 18th century mansion once owned by Talleyrand, later the administrative center of the Marshall Plan.