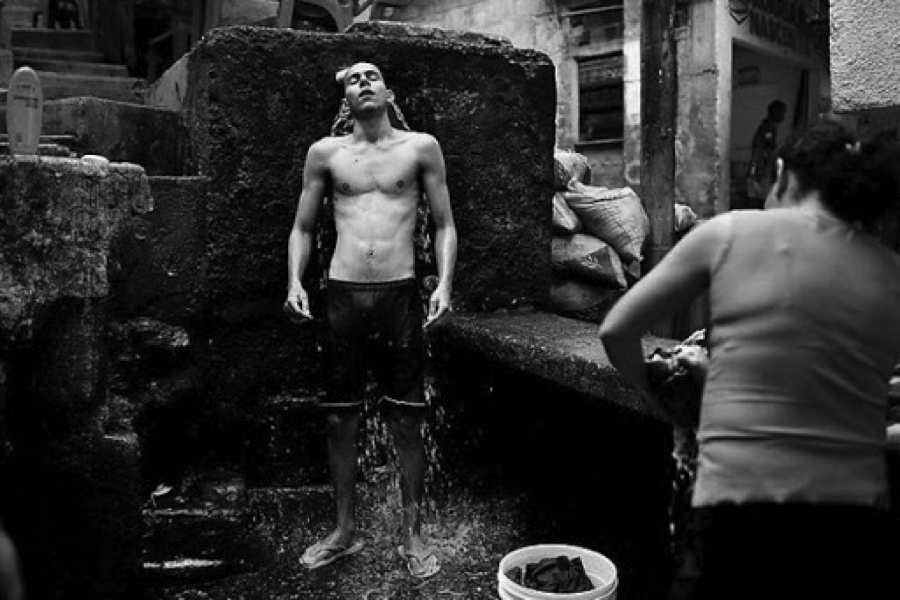 João Pina began working as a professional photographer at age eighteen. A graduate of the International Center of Photography’s Photojournalism and Documentary Photography program in New York, his photographs have been published in D Magazine, Days Japan, El Pais, Expresso, GEO, La Vanguardia, New York Times, New Yorker, Newsweek, Stern, Time, and Visão, and elsewhere. His work has also been exhibited at galleries in the US, South America, and Europe. Pina has published three books. Por Teu Livre Pensamento (2007), featuring the stories of twenty-five former Portuguese political prisoners, inspired an Amnesty International advertising campaign that earned him a Gold Lion Award in the 2011 Cannes Lions International Festival of Creativity, and won the 2013 OSF – Moving Walls 21. CONDOR (2014) documents the remnants of Operation Condor, a large-scale secret military operation to eliminate political opposition to the military dictatorships in South America during the 1970s. 46750 (2018) focuses on the ongoing urban violence in Rio de Janeiro and the city’s transformation over the past decade while preparing for the 2014 FIFA World Cup and the 2016 Olympic Games. Pina was a 2017-2018 Nieman Fellow at Harvard University and is a faculty member of the International Center of Photography, and a regular lecturer and teacher of photography workshops. Currently, he is a fellow at Columbia University’s Institute for Ideas and Imagination in Paris.

Fred Ritchin is Dean Emeritus of the International Center of Photography in New York, and formerly professor of Photography and Imaging at New York University, where he co-founded what is now the Photography and Social Justice Program. Ritchin was picture editor of the New York Times Magazine, created the first multimedia version of the New York Times, and conceived and edited the first non-linear documentary project online for the Times, “Bosnia: Uncertain Paths to Peace,” nominated for a Pulitzer Prize in public service. He has written widely on the future of imaging, including In Our Own Image: The Coming Revolution in Photography (1990), After Photography (2008) and Bending the Frame: Photojournalism, Documentary, and the Citizen (2013). Ritchin has also collaborated on many humanitarian campaigns, including one with the WHO, UNICEF, Rotary and the CDC to end polio globally, another to advance the Millennium Development Goals with the United Nation, and the Rwanda Project to support orphans of the genocide who photographed their own lives. He co-founded PixelPress.org, and in the last few months helped to found Fotodemic.org as well as the Screen Arts School based in Ireland. He writes, teaches and lectures worldwide on the potentials of media in the digital age, and recently launched the website, TheFifthCorner.org.

Organized in partnership with Columbia University’s Institute for Ideas and Imagination and Columbia Global Centers | Paris.