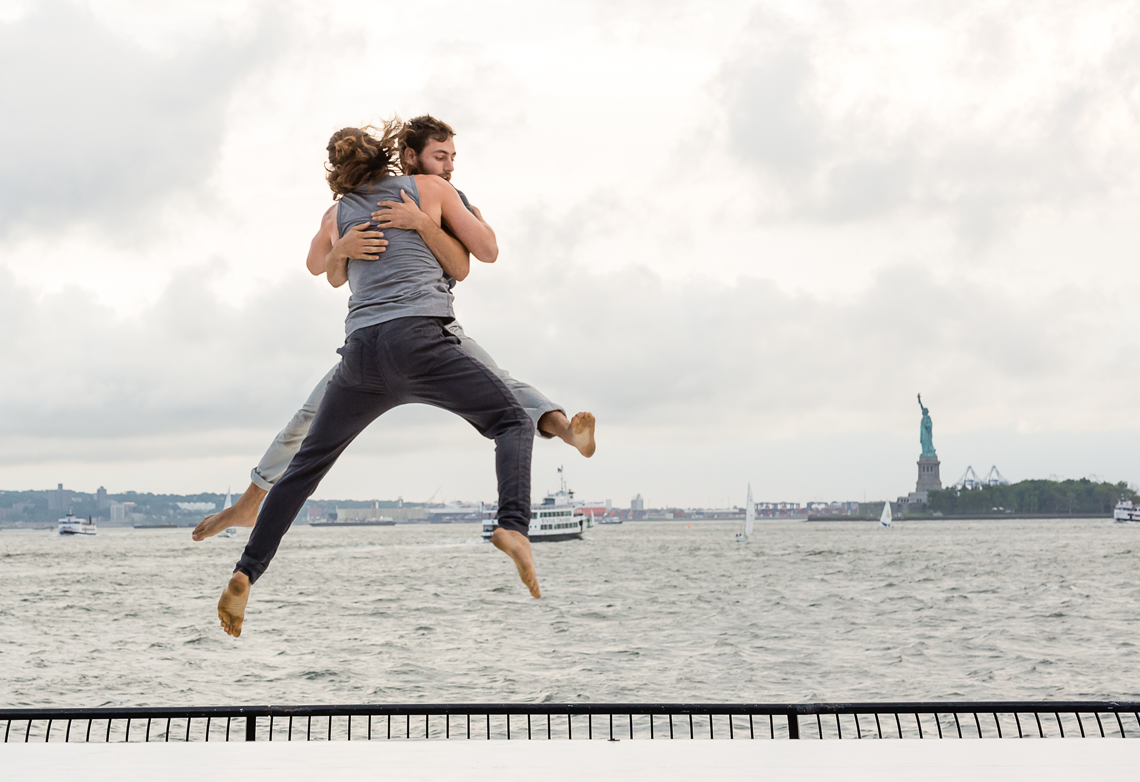 Each year, a performance developed at Robert Wilson’s Watermill Center in Water Mill, Long Island, New York, is selected for a European premiere at the Arts Arena. Past Arts Arena Watermill Performances include Girlmachine. by Charles Chemin and Carlos Soto; excerpts from the dance-opera Wolf-in-Skins by choreographer Christopher Williams and composer Gregory Spears; Roman Paska’s puppets in Echo in Camera; and José Limon dancer Kristen Foote in a series of solos, including Diamond, the world premiere of a dance set on her by renowned choreographer John Heginbotham.

This year’s selection, our fifth Watermill Performance, is BOOMERANG and Kayije Kagame. There will be two performances, one on June 1 and one on June 4, both at 19:30, followed by a reception.

Free and open to the public.
Reservations are required: rsvp@artsarena.org
The Arts Arena is grateful to the Jerome Robbins Foundation for its support of this annual event.

BOOMERANG is a daringly physical, poetically ¬nuanced dance and performance project created in 2012 by co-¬artistic directors Matty Davis and Kora Radella with founding member Adrian Galvin. Recognizing the body as an evolving repository for both physical and psychological life, BOOMERANG sifts through and siphons from the rich, eclectic histories that constitute the personhoods of the people with whom they work. Using idiosyncratic movement invention, unpredictable phrasing, and a commitment to full¬on embodied motion, BOOMERANG creates intense explorations of how human histories might be sensitively layered, distorted, and recontextualized.

BOOMERANG’s work has been presented in New York City at venues including Dixon Place, Danspace Project, Judson Church, Center for Performance Research, Roulette, Triskelion Arts, Chez Bushwick, the Irondale Center, and at the United Nations, as well as in Cleveland, Chicago, Pittsburgh, and Grand Rapids. They are also keen on presenting their work in a wide variety of alternative spaces, from parks to vineyards, the streets to the mountains, and within academic and school contexts. In fall 2015, BOOMERANG was shortlisted as one of 20 juried finalists for the Grand Jury Prize at ArtPrize7, having been nominated among the top five time¬-based artists by Sundance Senior Programmer Shari Frilot.

Kayije Kagame has appeared onstage internationally. She performed in Robert Wilson’s 2014 production of Les Nègres at Théâtre de l’Odéon in Paris and in his May 2016 installation/performance for Hermès in New York. She will “wrap around” BOOMERANG’s rendering by performing a prologue to music by Hilip Glass and an epilogue to music by Arvo Pärt.

Photo: Our Past the Fuse. Darial Sneed