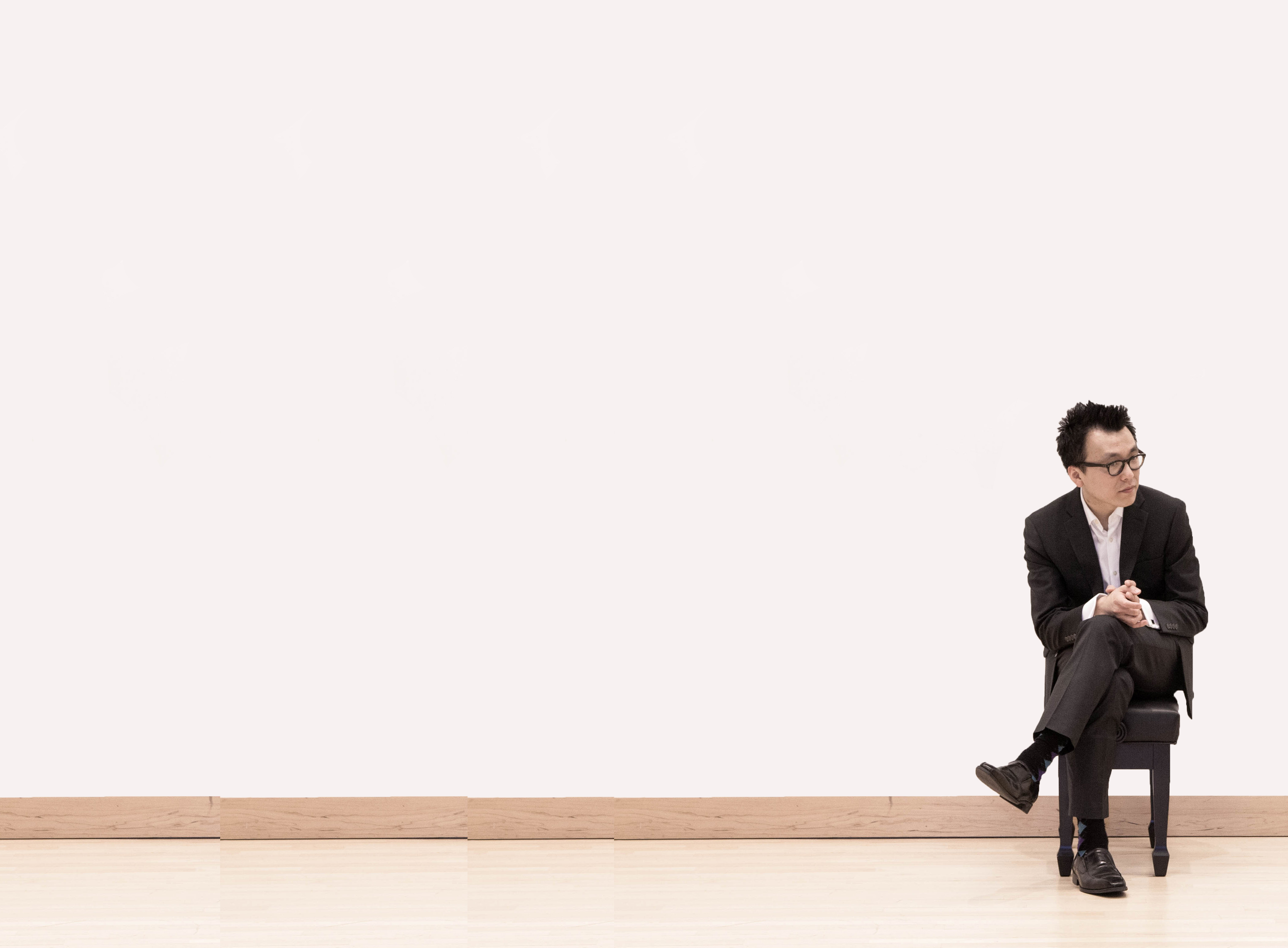 Hailed by the The New York Times as a “highly skilled improviser” and by The Montreal Gazette as “prickly and explosive,” pianist Tae Kim has gained widespread recognition as a classical pianist and improvisational artist.  The Boston Globe singled out for praise his “sparkling performance” of Beethoven’s Fifth Piano Concerto with the Boston Conservatory Orchestra as a “glimpse of radiant talent.”

Mr. Kim’s rare blend of rigorous execution and whimsical styling creates a totally original interpretation of the classical repertoire. He has soloed with many ensembles, including Cambridge Philharmonic, Yurodivy Chamber Orchestra, Hemenway Strings, and Boston Conservatory Orchestra, and is part of the ongoing “Piano at South Station,”  playing regularly in what is considered “Boston’s living room.” An avid collaborator, he regularly performs with Aliana de la Guardia (Guerilla Opera), Andrew Eng (A Far Cry), Augustine Gonzales (from award-winning Gonzales | Kim Duo), and as the pianist for the New England-based Revere Piano Quartet with Jin-Kyung Joen, Ron Gorevic, and Eugene Kim. He has also partnered with “America’s most wired composer,” Tod Machover in such productions as Central Square Theatre’s 2012 play Remembering H.M., part of the 2013 Edinburgh Festival’s “Repertoire Remix,” and in 2014 as one of the presenters in “Reconstructing Beethoven’s Improvisations.”

Counting among his teachers Jonathan Bass, Bruce Brubaker, Janice Weber, and Patricia Zander, Tae Kim’s unique talent for classical improvisation earned him the “Prix d’interprétation André Chevillion–Yvonne Bonnaud” for the premiere of his work Translate (2016) as well as the “Prix–Mention Spéciale Edison Denisov” at the 12e Orléans Concours International in 2016.

A coupe de champagne with the artist will follow his performance.