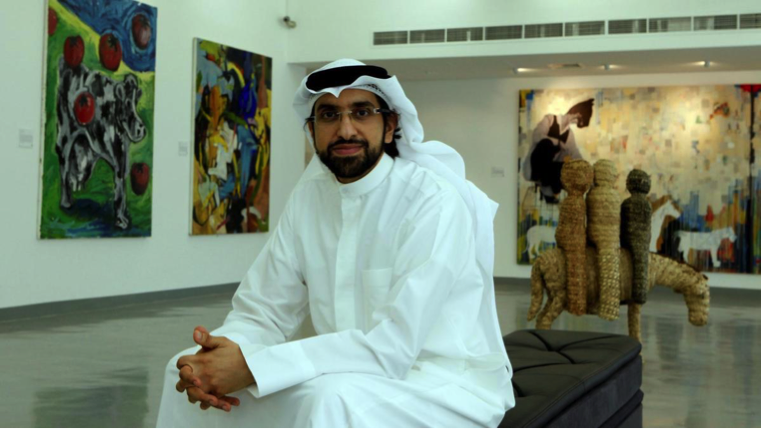 An eminent specialist and collector of modern and contemporary Middle Eastern art, Sultan Sooud Al Qassemi founded the Barjeel Art Foundation in 2010 in his native Sharjah, United Arab Emirates. An independent non-profit foundation, the Barjeel Art Foundation manages, preserves, and exhibits Al Qassemi’s vast personal collection of modern and contemporary Arab art, guided by its founding principle: to contribute to the intellectual development of the art scene in the Arab region by building a prominent, publicly accessible art collection in the UAE.

Included in this objective is the creation of a public platform to foster critical dialogue around contemporary art practices with a focus on artists with Arab heritage internationally. https://www.barjeelartfoundation.org/

Sultan Sooud Al Qassemi is also a political commentator whose articles have appeared in the likes of The Financial Times, The Independent, The Guardian, The New York Times, and Foreign Policy. He is a prominent commentator on Arab affairs on social media, where his tweets became a major news source during the Arab Spring, earning a place on TIME magazine’s list of the “140 Best Twitter Feeds of 2011.”

In the academic world, Al Qassemi has been an MIT Media Lab Director’s Fellow, a practitioner in residence at the Hagop Kevorkian Center of Near East Studies at NYU, a Yale Greenberg World Fellow and lecturer at Yale University’s Council of Middle East Studies, an Adjunct Instructor at the Center of Contemporary Arab Studies at Georgetown University, and has recently given courses at The American University of Paris, Boston College, and Paris’s SciencesPo.