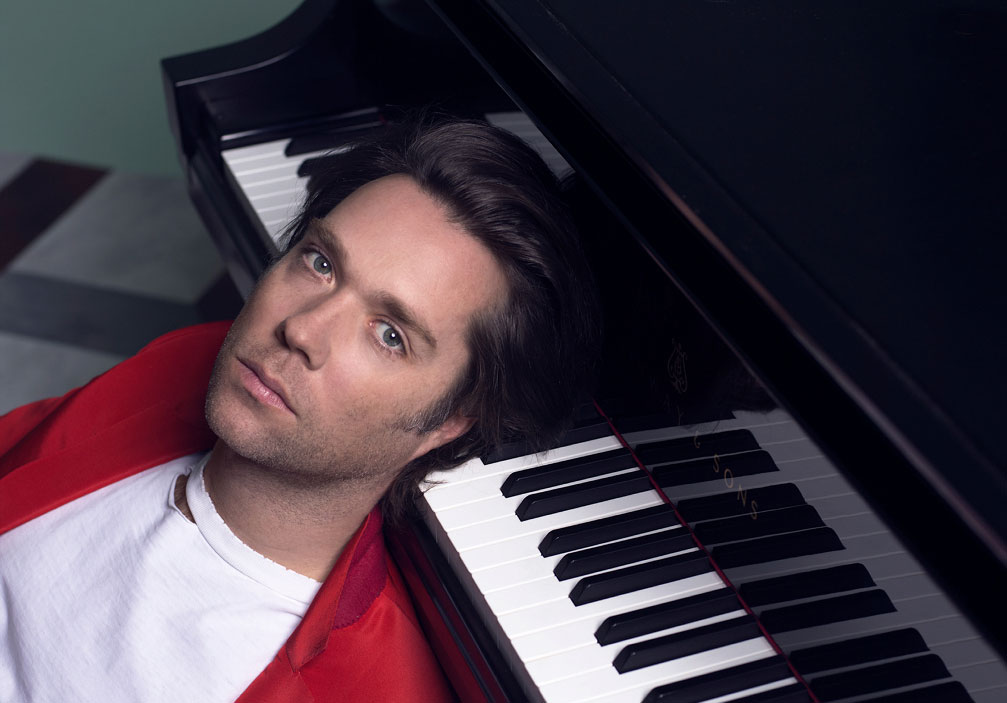 Star composer, musician, and singer Rufus Wainwright has been called by Elton John, “the greatest songwriter on the plantet.” Mr. Wainwright has starred at Carnegie Hall, Radio City Music Hall, Covent Garden Royal Opera House, the London Palladium, the Hollywood Bowl, Royal Albert Hall; among his ten albums is the Grammy-nominated Rufus Does Judy at Carnegie Hall, in which he performed the entire Garland farewell concert album. He has also performed with some of the world’s leading orchestras, worked with director Robert Wilson on Shakespeare’s Sonnets, and collaborated with artists such as Robbie Williams, Elton John, Paul Simon, Antony Hegarty, David Bryne, Joni Mitchell, Guy Chambers, and Boy George. His acclaimed first opera, Prima Donna, premiered at the Manchester International Festival in 2009. A second opera, to premiere in 2018, has been commissiones by The Canadian Opera Company.

ArtsArenaPLUS members met Rufus Wainwright after his one-night show at the Folies Bergère in 2012, and we are delighted to welcome him to the Arts Arena.

On the eve of his Arts Arena appearnce, Mr. Wainwright will be in concert at Paris’s Gaîté Lyrique.