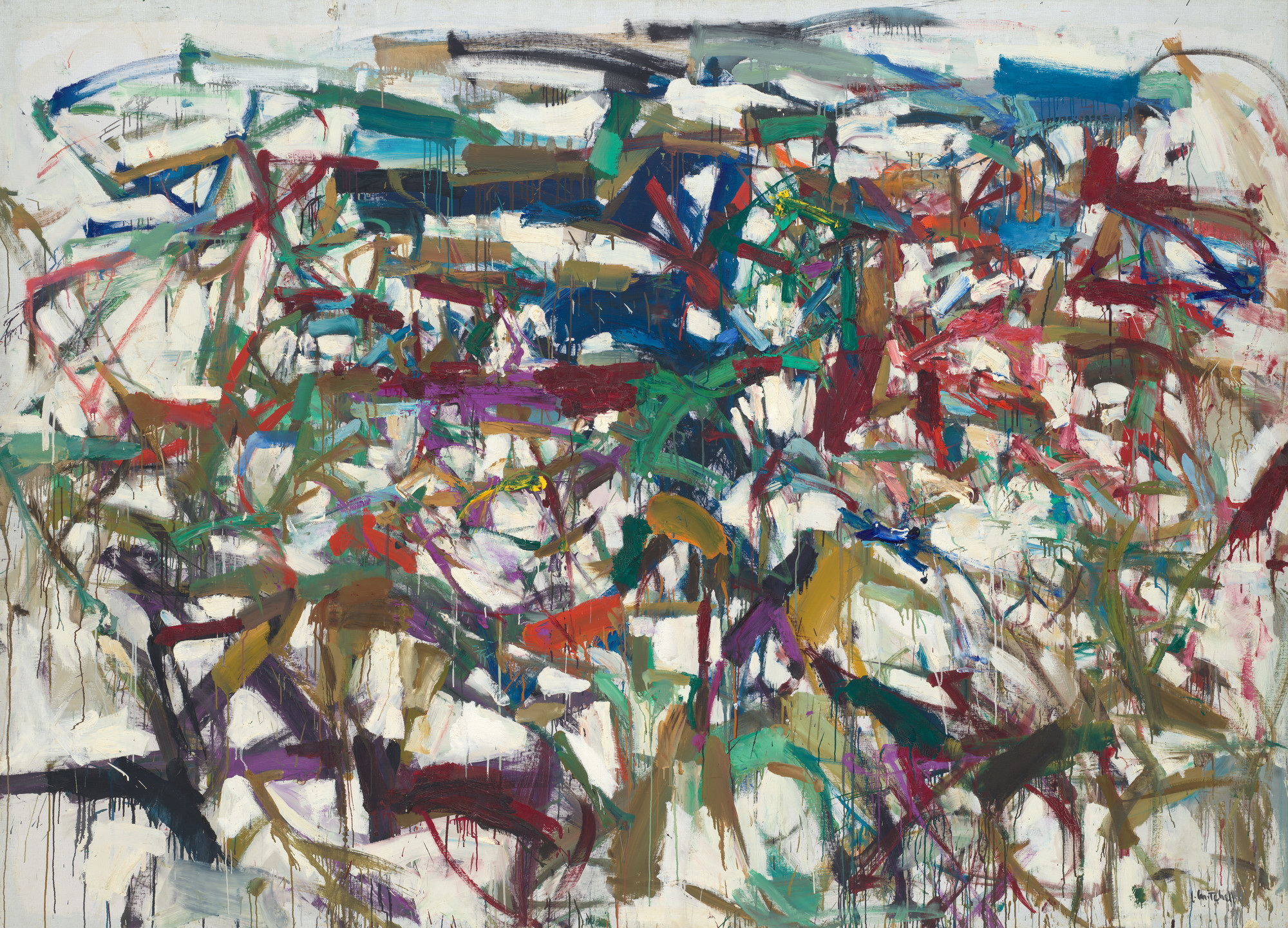 Due to recommendations put in place by the French government, we will not be able to have any live audience for this event. The event will be livestreamed, so you will be able to join us from your home. You can register for the livestream of this event here

On the occasion of the major retrospective of the work of artist Joan Mitchell, world renowned curator and critic Robert Storr will present the Yale Arts Arena Lecture on the American artist’s work. The retrospective, announced by the Baltimore Museum of Art and the San Francisco MoMA, will move to the Guggenheim Museum in New York and to the Fondation Louis Vuitton in Paris, where Mitchell lived from 1959 until her death in 1992.

Joan Mitchell
American artist Joan Mitchell (1925–1992) had a career that spanned more than four decades, and two countries. She is considered an American “second generation” abstract expressionist painter and printmaker and a member of the American abstract expressionist movement, even though much of her career took place in France. Known for her large, abstract oils on canvas, Mitchell, along with Lee Krasner, Grace Hartigan, Helen Frankenthaler, Shirley Jaffe, Elaine de Kooning, and Sonia Gechtoff, was one of her era’s few female painters to gain critical and public acclaim. Her paintings are held by collections and museums around the world, including MoMA and the Whitney Museum in New York, Governor Nelson A. Rockefeller Empire State Plaza Art Collection, in Albany, NY, the Art Institute of Chicago, the Walker Art Center in Minneapolis, the Hirshhorn Museum and Sculpture Garden and the Smithsonian American Art Museum in Washington, D.C., the Tate Gallery in London, and the Fondation Cartier pour l’Art Contemporain in Paris.

Robert Storr
Eminent contemporary art curator, artist, and author, Robert Storr is one of the world’s most influential voices in contemporary art. He was Senior Curator of Painting and Sculpture at MoMA, the first American to be named Commissioner of the Venice Biennale, and for ten years the Stavros Niarchos Foundation Dean of the Yale School of Art, and the first Rosalie Solow Professor of Modern Art at the Institute of Fine Arts, New York University.

Among his many honors are a Norton Family Foundation Curator Grant, a special AICA award for Distinguished Contribution to the Field of Art Criticism, ICI Agnes Gund Curatorial Award, Lawrence A. Fleischman Award for Scholarly Excellence in the Field of American Art History from the Smithsonian Institution, and in France, Officier de l’Ordre des Arts et des Lettres. In June 2017 his book “Intimate Geometries: The Art and Life of Louise Bourgeois” was awarded the FILAF d’Or at the Festival international du livre d’art et du film, Perpignan, France. He is a founding member of the Arts Arena Advisory Council and a member of the Arts Arena Board of Trustees.