The Artist Amidst His Works: In Conversation 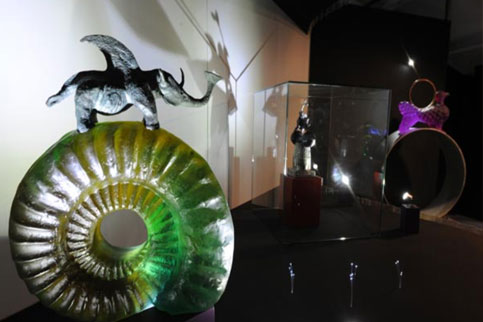 Born in 1955 and known as the leading artists of his generation, Richard Texier combines his passion for history and astronomy into a personal cosmography fed with ancient schemes of celestial mechanic, sky atlas, and outer space. Since 1992, he has developed a cultural work made of piloting instruments and mythic animals, reflecting his belief that sky conquest and hybridization are the two main intents of humanity. His work has been presented and collected by major museums around the world, and both films and books have been done on it, including a monograph by Patrick Grainville, a book by Kenneth White, and a recent monograph by Daniel Pennac for Flammarion.

The Arts Arena is invited into the spectacular studio of this versatile artist for a tour of his large sculptures and paintings, and a conversation with him.