The Film About Nazi-confiscated Art 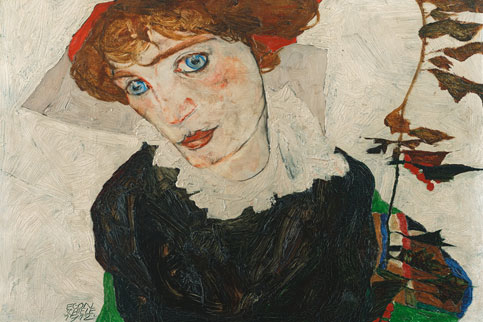 Andrew Shea’s Portrait of Wally is an award-winning documentary on the subject of restoration to the rightful owners of artwork confiscated by the Nazis. The artwork in question is the famous “Portrait of Wally” by the great Austrian artist Egon Schiele. Painted in 1912 as a depiction of his mistress, the portrait has been known since 1997 as “the face that launched a thousand law suits.”

With us to present and discuss the film will be two renowned journalists: veteran arts-news reporter David D’Arcy, who appears in the documentary and whose own professional career, in a stand-off between two cultural giants — National Public Radio and MoMA — became hostage to its subject, and French art historian and investigative journalist Philippe Sprang, who for over two decades has focused on the pillaging of Jewish collections by the Nazis. A reception follows.

“As detailed in Andrew Shea’s fascinating documentary ‘Portrait of Wally,’ Egon Schiele’s haunting 1912 painting of his mistress and favorite model Wally Neuzil had a complicated, extremely dramatic history as well as a legal and cultural significance that can’t be overestimated….By showing how difficult and problematic righting a wrong can turn out to be, ‘Portrait of Wally’ does itself proud.” Kenneth Turan, Los Angeles Times. “Works like a suspense drama! A painting’s provenance matters, and so does this portrait of ‘Portrait of Wally.'” Michael Philips, Chicago Tribune. “[A] bombshell! ‘Portrait of Wally’ isn’t just about stolen art: It’s about cultural skulduggery, political sleaze, institutional hypocrisy and the virtues of persistence.” John Anderson, Variety.