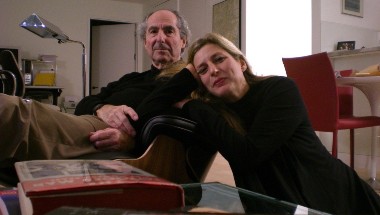 While literary correspondent for Italy’s Corriere della Sera, Livia Manera Sambuy became friends with America’s literary giant Philip Roth. In 2010-2011, with French director William Karel, she made a documentary film on Roth, co-produced by Cinetévé, Arte, and RAI. A decade later, she would write an expanded English-language film, Philip Roth: Unmasked, which appeared on PBS television’s Masters Series. The result of interviews with the writer in his apartment on New York’s Upper West Side and in his country house in Connecticut, the film is an intimate portrait of America’s “bad boy” and one of its greatest writers.

The screening will be followed by a conversation and Q&A with Livia Manera Sambuy and a champagne reception.