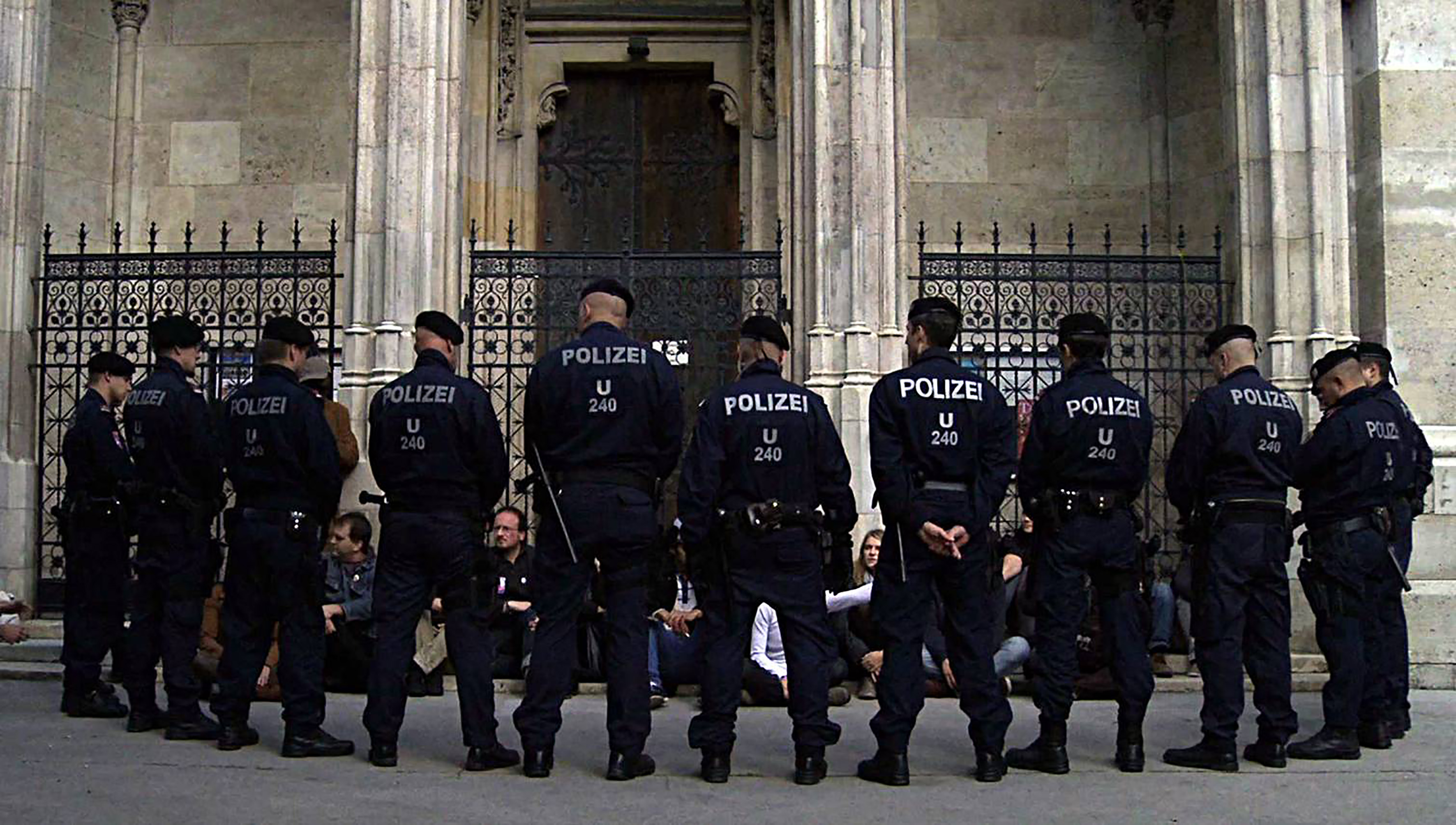 For the sixth year, the Arts Arena is proud to participate in the European Film Festival L’Europe autour de l’Europe.  Mirroring current European and global reality, this year’s theme is “Migrations exist. Death does not exist.” The film Last Shelter will be screened after which there will be a discussion in the presence of the Festival’s director Irena Bilic.  A coupe de champagne follows.

Vienna, December 2012: A small group of young Afghan and Pakistani men, having fled terrifying conditions in their home countries–schools burned down, beheadings by religious fanatics, relatives murdered–occupy Austria’s largest neo-Gothic church, the Votive. After accelerated processing, their applications for asylum are turned down.  Gerald Igor Hauzenberger accompanied these refugees for three years to create a stunning film about “the struggle for asylum and human dignity, an explosive document about complex social issues and the general strain produced by the search for adequate solutions.”

“How does a society react when refugees initiate a self-organized protest, occupy a church and progress from being petitioners to active participants in the political process?

How do we react when refugees who have become confident activists occupy a church, during the Christmas holidays no less, thus taking a place in our consciences and social thinking?

What kind of behavior is reasonable in an open society? Is civil disobedience no longer part of our value system?

A documentary that takes a look at social topics must get involved in contradictory discourses rather than serving up exclusionary or ideological worldviews. It should initiate comprehensive examination and discussion of a topic that lasts several years and goes beyond clichés and superficial aspects.

Areas of conflict and the dynamics of escalation must be made comprehensible without shying away from the humanistic questions of what individuals are worth, and how far they must go before receiving the right to stay.”