ANATOMY OF A PRODUCTION IN THE TIME OF COVID 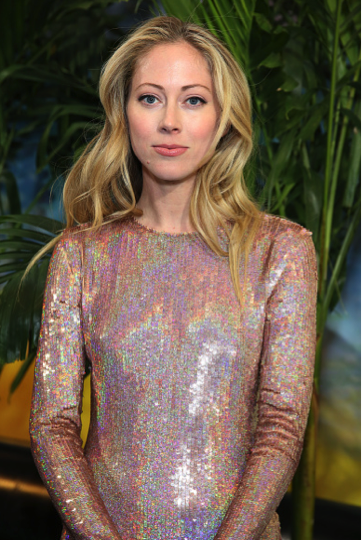 This time last year, actress Paten Hughes was rehearsing the title role in a new production of Frank Wedekind’s celebrated play Lulu, the story of a young woman so alluring that few can resist her charms; charms that inevitably lead to tragedy for all caught up in them.

Then, theaters shut down, Covid-19 oblige.

In conversation with Arts Arena Founder and Artistic Director Margery Arent Safir, Ms. Hughes will speak about taking on the iconic role of Lulu, made famous by Louise Brooks in G.W. Pabst’s acclaimed German silent film, Pandora’s Box (1929). She will do a reading from the play, consider different versions and translations of the famous work, and talk about rehearsal by Zoom and the creative ways in which stage actors are confronting theater in the time of Covid.

Paten Hughes
Paten Hughes is the star and co-creator of the hit web series HEIRLOOM, streaming on Vimeo with over 4.5 million views. Trained at the Royal Academy of Dramatic Art in London, she became an original member of The Old Vic New Voices Network, performing in London and New York in productions such as Chekhov’s Three Sisters directed by Oliver Award-winner Eve Best and Halo/Titanic directed by David F. Chapman. She toured nationally in the one-woman show The Thin Line written and directed by Cathy Plourde and has appeared in films such as Chadd Harbold’s Long Nights Short Mornings, David Stott’s Coach of the Year, and Harris Doran’s Beauty Mark.

Ms. Hughes is also a proud performer with Memorial Sloan Kettering’s “Visible Ink Program,” which works with cancer patients to help them express themselves in writing, and is the co-President of cowboy + cougar. Ms. Hughes lives in New York and California (where she has a three-acre tomato farm that served as the inspiration behind HEIRLOOM). She is a member of the Board of Trustees of the Arts Arena International.