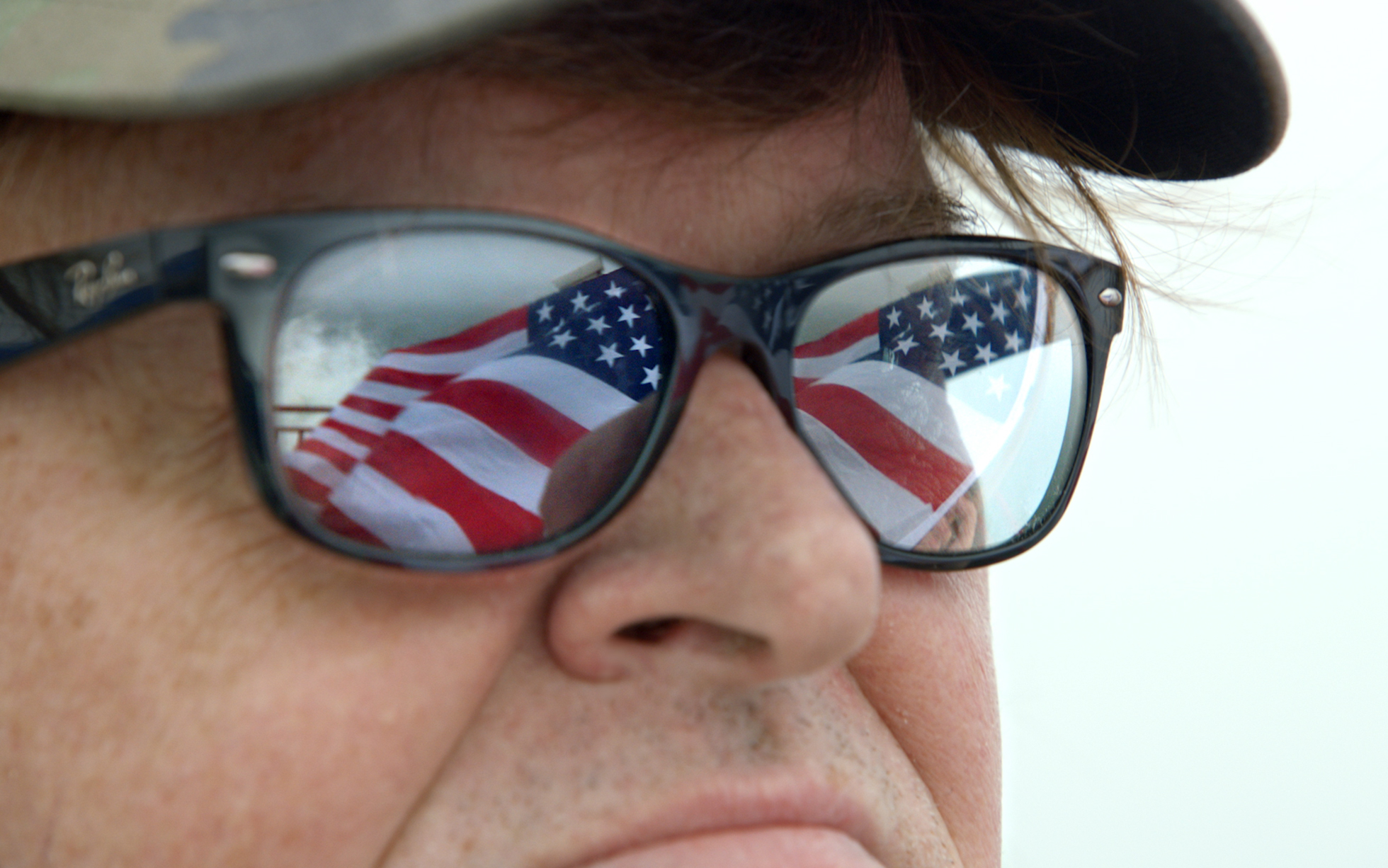 This will be its 10th Traveling Film Festival, and the eighth time that the Arts Arena hosts it.

Screenings will be followed by discussion in the presence of the Festival’s founder and Executive Director Jasmina Bojic.

The creator of Fahrenheit 9/11 and Bowling for Columbine, political provocateur Michael Moore returns to the screen. Where to Invade Next is an expansive, hilarious and subversive comedy in which the Academy Award-winning director confronts the most pressing issues facing America today and finds solutions in the most unlikely places. Honored by festivals and critics alike, this is an epic movie unlike anything he has done before: an eye-opening call to arms to capture the American Dream and restore it in, of all places, America.

Discussion and a coupe de champagne will follow the screening.

Former Secretary of Labor and noted economic policy expert Robert Reich takes on the enormous question of what has been happening to our economy. He distills the story through something we now all know—the lens of widening income inequality, the divide between rich and poor, which are currently at historic highs in the United States. Inequality for All explores not only what effects this increasing gap has on our economy but also on our democracy itself. In this timely and surprisingly entertaining documentary, Reich reminds us that democracy is not a spectator sport.

A nine-year-old girl reads the letter that she wrote to the parents of a fictional soldier killed in battle. Another student struggles to explain how his propensity for warfare has led to his realization that he is living in a world that Chinese philosopher Sun Tzu described 2500 years ago. World Peace and other 4th Grade Achievements documents these and other important insights as children participate in a program called the World Peace Game, developed by teacher John Hunter.  Fascinating to watch, the film centers on the game, an 8-week political simulation, in which to win, fourth grade players must peacefully solve the economic, political, and environmental crises of their respective “nation” teams. Hunter teaches peace not as a utopian dream, but as an attainable goal worth striving for and provides the children with the tools to do so.

Can the next generation transcend racism? Twelve teenagers from New York City come together for one school year to talk about race and privilege: a series of workshops and conversations most of us are afraid to have. The film is part of a larger initiative—Deconstructing Race—developed by The Calhoun School to create a multimedia platform to prompt young people, their teachers, and their families to talk—and do something—about structural systemic racism.  Once they push through naïveté, guilt, and tears, what they learn may change us all.

Everyone lies; it is human nature to lie, whether in scandalous headlines or benign white lies or “fibs.”   Inspired by the work of behavioral economist, Dan Ariely, and directed by the Academy Award-winning filmmaker Yael Melamede, the film interweaves personal stories, expert opinions, behavioral experiments, and archival footage to reveal how and why people lie, exploring this human tendency and the complex impact dishonesty has on our lives and everyday society.  This is a timely and thought-provoking film in a society today where some no longer see “truth” as an absolute but rather as shifting sands.

18:15-19:45
Special Re-Screening: THE MOST DANGEROUS MAN IN AMERICA: DANIEL ELLSBERG AND THE PENTAGON PAPERS (first shown at the Arts Arena in 2011)
Directors/Producers: Judith Ehrlich, Rick Goldsmith

In 1971, Daniel Ellsberg shook America to its foundations when he smuggled a top-secret Pentagon study to the New York Times that showed how five Presidents consistently lied to the American people about the Vietnam War that was killing millions and tearing America apart. President Nixon’s National Security Advisor Henry Kissinger called Ellsberg “the most dangerous man in America,” who “had to be stopped at all costs.” But Ellsberg wasn’t stopped. Facing 115 years in prison on espionage and conspiracy charges, he fought back.  Ensuing events surrounding the so-called Pentagon Papers led directly to Watergate and the downfall of President Nixon, and hastened the end of the Vietnam War.  Ellsberg’s relentless telling of truth to power exposed the secret deeds of an “Imperial Presidency,” leading many Americans to forever question the previously-unchallenged pronouncements of their leaders.  Is today’s Wikileaks release of classified documents comparable to Ellsberg’s act of conscience, or is Wikileaks the Frankenstein unwittingly created by it?

Discussion. Light refreshments will be available from 16:15.