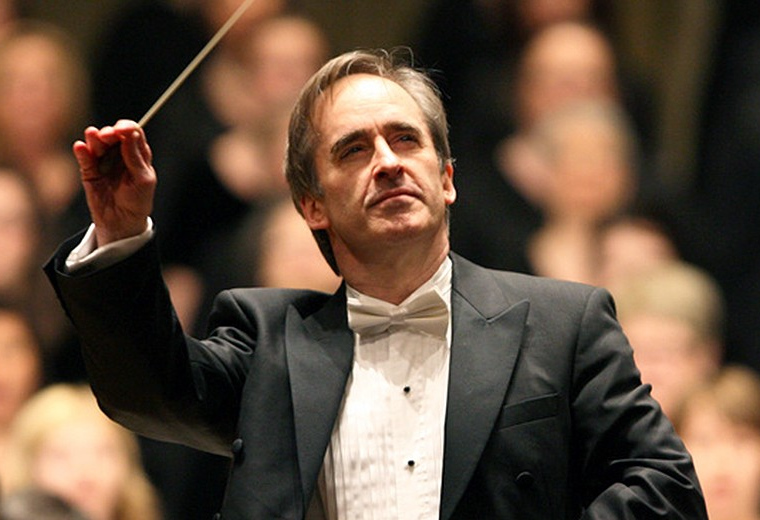 One of the world’s most versatile and acclaimed conductors, James Conlon has conducted virtually every major American and European symphony orchestra since his 1974 debut with the New York Philharmonic. Principal Conductor of the Paris National Opera from 1995–2004, today he serves as Music Director of the Los Angeles Opera and the Cincinnati May Festival, and soon will take up the position of Principal Conductor of the RAI National Symphony Orchestra; for 11 years and through 2015 he was also Music Director of the Ravinia Festival, summer home of the Chicago Symphony Orchestra. He has conducted more than 270 performances at the Metropolitan Opera, and at LA Opera 52 different operas, including the first Ring cycle in Los Angeles. “A joyous sense of urgency that bespeaks the prodigy he was and a richly satisfying command that reflects the master he has become.”
Opera News, Awards Issue, November 2005.

Among his many international honors for his exceptional musical career, he was named Commandeur de L’Ordre des Arts et des Lettres and received the Légion d’Honneur, France’s highest distinction. He has also received awards for his extraordinary and wide-reaching efforts on behalf of suppressed composers and to eradicate racial and religious prejudice. James Conlon’s Arts Arena talk, “A Life in Classical Music: Europe and America,” coincides with the two concerts he will conduct in Paris with the Orchestre National de France at Maison de la Radio.

This event is sold out. If you would like to be placed on the waiting list, please email us at rsvp@artsarena.org.