Is the Man Who is Tall Happy? Michel Gondry and Noam Chomsky 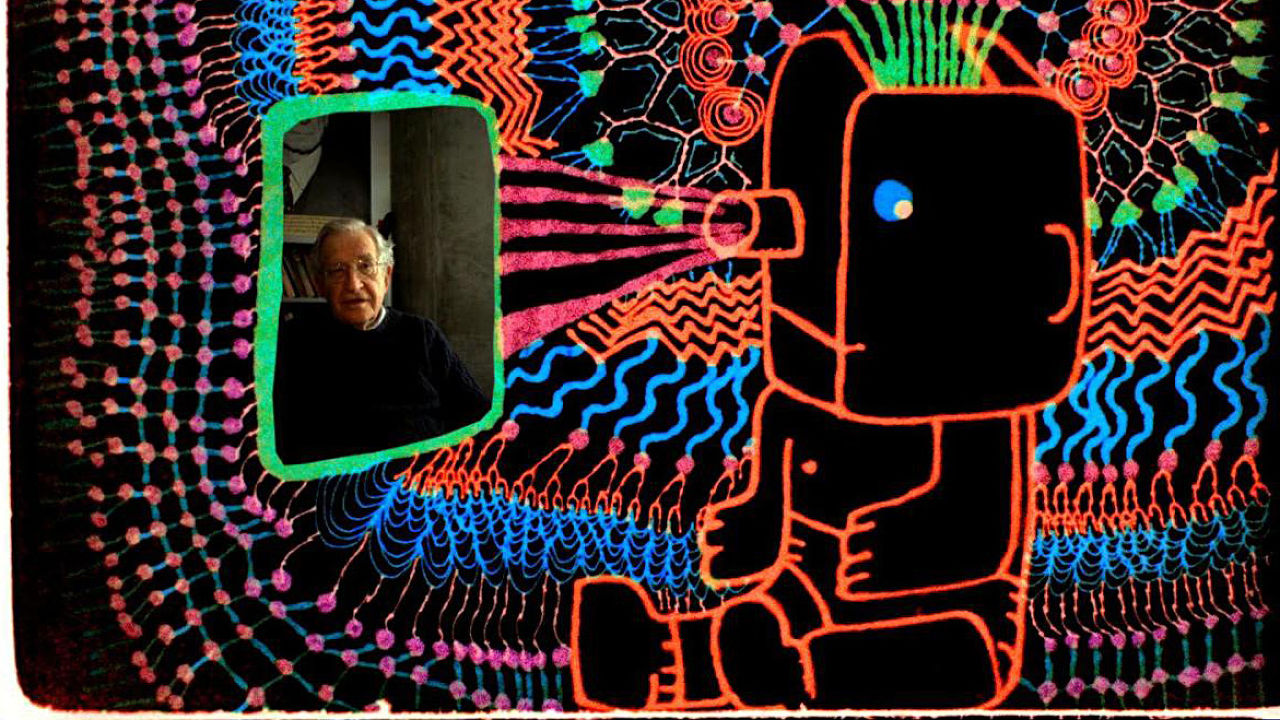 In a playful animated interview–Is the Man Who is Tall Happy?–French filmmaker Michel Gondry and American linguist, scientific thinker, and political activist Noam Chomsky discuss childhood, language, meaning, the brain, and love.  Michel Gondry incorporates both mathematical precision and whimsy in sketching animations over and around footage of the encounters, while octogenarian Noam Chomsky links tales of his own upbringing and career with some of his theories and philosophies, particularly around the subject of language development (88 min). The Arts Arena will screen the film as its fourth participation in this important European film festival, L’Europe autour de l’Europe.
Director Michel Gondry will be present for discussion and a Q&A with the audience.
A reception follows.
Photo: Still from Is the Man Who is Tall Happy?