JOAN MITCHELL: A WOMAN IN ABSTRACTION 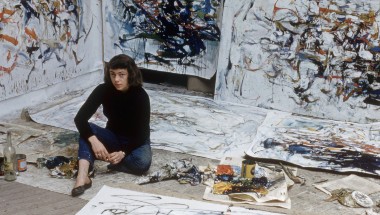 Considered one of the greatest American painters of the post-World War II period, Joan Mitchell was one of the few women to break into the world of abstract art, dominated by male figures such as Pollock, Motherwell, Kline, de Kooning, and Rauschenberg. She lived in France from 1959 until her death in 1992.

There will be a Q&A with producer Olivier Mille and Guy Bloch-Champfort, Co-President of the Arts Arena’s Conseil d’administration, who was a close friend of the artist and the film’s artistic advisor, followed by our opening-of-the-season champagne reception.