With dancer/choreographer Lucinda Childs and curator, artist, scholar, and Dean of the Yale School of Art Robert Storr 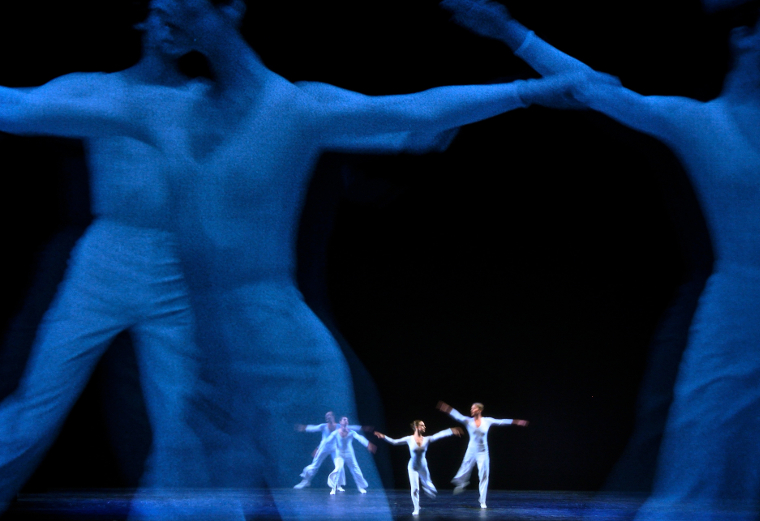 Two stellar figures in the arts–dancer and choreographer Lucinda Childs and curator, artist, scholar, and Dean of the Yale School of Art Robert Storr–one in the world of dance, the other in the visual arts, in an Arts Arena Interdisciplinary Conversation, followed by a Q&A with the audience and a reception.

Minimalism originated in New York City in the late 1960s, producing such visual artists as Donald Judd, Tony Smith, Sol LeWitt, Ellsworth Kelley, Frank Stella, Kenneth Noland and musicians La Monte Young, Philip Glass, Steve Reich. Exploring the essential elements of an art form, it seeks to strip away the personal, gestural elements to reveal, in the visual arts, the objective, purely visual elements of painting and sculpture, or, in music, to reject the traditional treatment of form and development in favor of explorations of timbre and rhythm.

Choreographer, co-author, and principal performer in Einstein on the Beach, with Robert Wilson and Philip Glass, Lucinda Childs created the iconic Minimalist dance production, Dance (1979), with music by Glass and sets and films by Minimalist artist Sol LeWitt: “one of the greatest achievements of the 20th Century.” (The Wall Street Journal); “a few times, at most, in the course of a decade a work of art comes along that makes a genuine breakthrough. Such a work is Dance.” (Alan M. Kriegsman, The Washington Post)

Dean of the Yale School of Art, Robert Storr has been called one of the most influential Americans in the world of contemporary art. Formerly a Senior Curator for painting and sculpture at MoMA and Commissioner of the Venice Biennale, he has written extensively on Minimalist artists and, notably, is the author of Sol LeWitt: Scribble Wall Drawings.