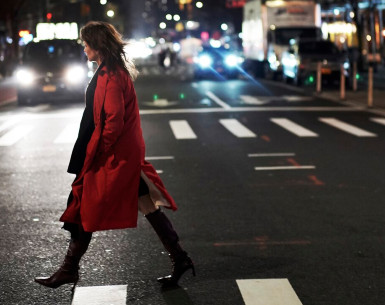 American Fringe 5, Retrospective, the fifth edition of the Arts Arena-produced festival of ultra-independent American films, curated by Richard Peña, Director Emeritus of the New York Film Festival and Professor of Film Practices at Columbia University, and Livia Bloom Ingram, Vice-President of Icarus Films. In partnership with La Cinémathèque française.  American Fringe 5 was to have been presented in November 2020, but due to Covid-restrictions was rescheduled for 2021.

Each of the eight selected films will be followed by a Q&A with the director. All films are in English with French subtitles.

Free of charge for members of the Arts Arena.  Please register at rsvp@artsarena.org.

For others, tickets at https://www.cinematheque.fr/

Jay, an aspiring screenwriter, returns to his old neighborhood only to discover that everything has changed… including him. Merawi Gerima’s debut feature is set against the backdrop of contemporary urban gentrification – the poorest residents, predominantly African-American, find themselves pushed out of their neighborhoods by richer, largely white landlords.

FILM ABOUT A FATHER WHO

Over a period of 35 years between 1984 and 2019, filmmaker Lynne Sachs shot 8mm and 16mm film, videotape and digital images of her father, Ira Sachs Sr., a bon vivant and pioneering businessman from Park City, Utah, in an attempt to understand the web that connects a child to her parent and a sister to her siblings. As the startling facts mount, Sachs as a daughter discovers more about her father than she had ever hoped to reveal.

A quick-witted script written in collaboration with the performers, this romantic rondelay focuses on a writer of a “certain age” who shares stories of three very different love affairs.

Amazon recruits thousands of workers who live in motorhomes for a seasonal labor unit called CamperForce. What is it like to be on the inside of one of the most secretive companies in the world?

A year in the life of an Alabama shopping mall and its inhabitants: from photos with Santa Claus and teens sipping soda to the threat of impending closure that hovers over malls in the internet age, this beautifully-observed documentary is by turns touching, hilarious, tragic and filled with strange, sad beauty.

In a metacritique on trans representation, a transgender actor struggles with what it means to be seen after the beloved captain of his lesbian bowling league in Los Angeles dies and a mysterious stranger arrives at the funeral. Created and performed by a predominantly transgender cast and crew.

In this biting deadpan comedy, meager excuses test a woman’s ability to forgive.

Nate and Melissa are through. Movers are picking up Melissa’s things from their tiny Brooklyn apartment, and Nate’s friends, crowded in the barbershop where he works, are eager to hear the details. But in this spirited comedic romance, which Sills-Evans also directed and wrote, flashbacks gradually show that their relationship was not what it seemed.

When his mother Rocío is suddenly diagnosed with cancer, her son Darío drops everything to take care of her, including his film studies at Harvard. His intimate and innovative debut feature traces their battle against the disease, which leads them into the world of alternative medicine, where they find hope shimmering at a clinic across the border.

Holding down a job and raising his son, Daryl struggles to find a way to get his drug-addicted girlfriend Nani clean and sober—especially as Nani is carrying their second child. Filmmaker Oswald was granted extraordinary access to a world rarely if ever seen this close up, capturing not only the cycles of despair but also the hope and love that provide even those in the most deplorable situations a reason to keep trying.