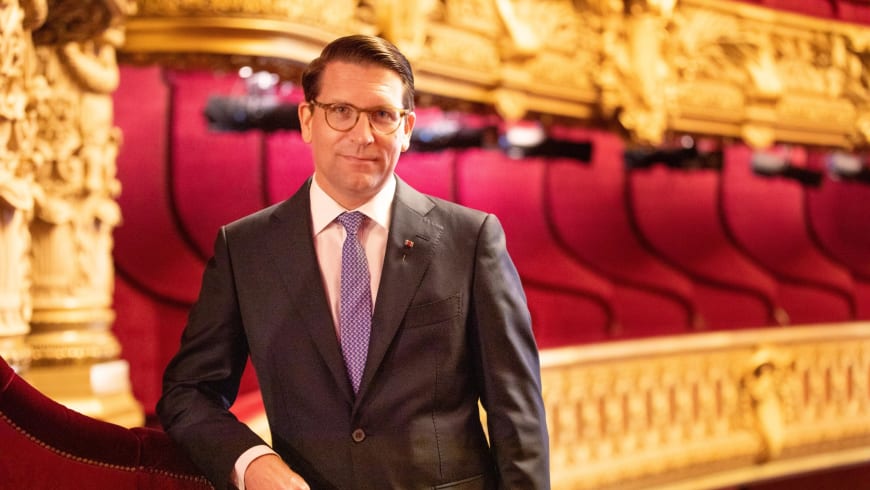 When Alexander Neef took up his duties as General Director of L’Opéra national de Paris in September, 2020, he was no stranger to Paris or to its Opéra. Having begun his career at the Salzburg Festival, and later at Germany’s RuhrTriennale, he answered the call of Gerard Mortier, then Director of L’Opéra , to come to Paris.  From 2004 to 2008, Mr. Neef served as the Opéra’s Casting Director, then went on to assist Mr. Mortier in preparing the programming schedule for New York City Opera.

In 2018, alongside his management of COC, he was appointed Artistic Director of the legendary Santa Fe Opera.

Mr. Neef will be in conversation with Arts Arena Founder and Artistic Director Margery Arent Safir.
A coupe de champagne will follow.

Free and open to the public.  Covid restrictions will apply.